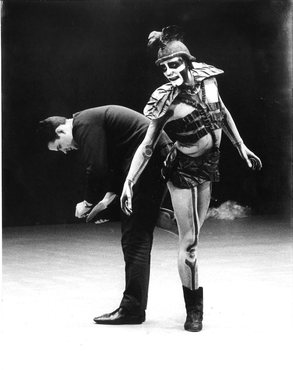 Lockyer said, "Dance in all its forms has been part of my life for over 40 years, along with those who perform it, create it, and teach it. I couldn’t think of a better way to celebrate my 70th birthday than by asking friends to present new works for this performance, supporting younger talents and giving us all a night to remember, whilst investing in the future of the art form I love the most."

Tickets for the event at The Place Robin Howard Dance Theatre on 13 April woll cost £20, half of which will go to two funds that support the creation of new dance works, the Royal Philharmonic Society Drummond Fund and The Place’s Pioneering Fund.

For more information, go to www.theplace.org.uk.