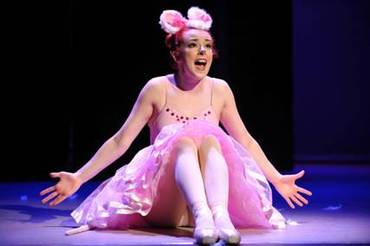 The show, suitable for ages three plus, transports audiences to Chipping Cheddar, as Angelina and friends discover that Camembert Academy has won the opportunity to appear in their favourite television programme Dancing With Mice!

Boys and girls aged five to eight who have been learning ballet or contemporary dance at three local dance schools will be appearing alongside the cast in the grand finale of the show.