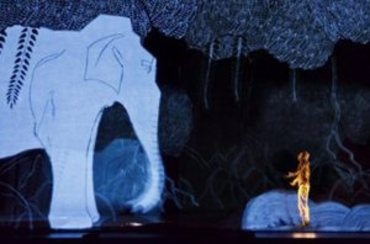 Leicester theatre Curve has been acknowledged at the Olivier awards for the first time.

Its co-production with the Akram Khan Company, Desh, won in the best new dance production category.

Desh had its world premiere at Curve last September. This followed the Akram Khan Company’s six-week residency at the theatre in which it finalised the piece.

Khan choreographed and performed the full-length solo show in which he used his body and voice to portray several familiar characters in Bangladeshi culture.

Previously Curve co-produced IN-I and Vertical Road with Khan, both of them playing at Sadler’s Wells in London and touring internationally.

Curve also co-commissioned ZooNation’s Some Like it Hip Hop which was also nominated for best new dance production. It will visit Leicester in the autumn.

Curve chief executive Fiona Allan said, “We’re thrilled that the Akram Khan Company and Curve have received this recognition and we look forward to working together again in the future.”

Akram Khan added: “In any creation there’s always an immense amount of fragility, darkness and a sense of homelessness. Thanks to Curve, we the Desh team felt extremely supported, secure and rooted in a place I could call home. Curve provided the strong soil in which Desh could grow.”