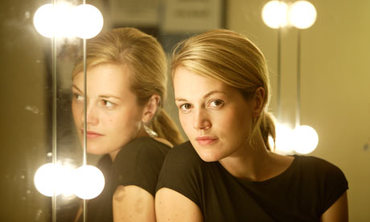 The Genesis Foundation has appointed director and former Gate Theatre artistic director Carrie Cracknell as its latest Genesis Fellow at the Young Vic in London from April.

Cracknell will work closely with Young Vic artistic director David Lan over the next two years on developing her craft and she will also mentor for the Young Vic Directors Programme.

She said, "The energy, invention, verve and soul of the Young Vic have long been an inspiration to me, and I have always wanted to be involved in the work of this unique building.

"I am thrilled now to be involved at the very heart of the artistic life of the building, and to work alongside the next generation of emerging directors."

Lan said of the appointment, "Carrie Cracknell is already a powerful and original theatrical presence. She is also an experienced artistic director and we're delighted to welcome her to the team. We are extremely grateful to the Genesis Foundation and are thrilled to be continuing our longstanding relationship with them."

Cracknell was artistic director of the Gate Theatre in London from 2007 to 2011. She is the second recipient of the Genesis Fellowship after Joe Hill-Gibbins in 2010. She will begin her fellowship by directing a new version of Ibsen's A Doll's House with writer Simon Stephens and designer Ian MacNeil.