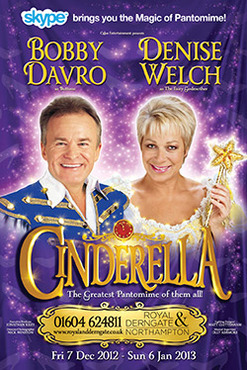 Actress, presenter and Loose Women panellist Denise Welch has been cast as Fairy Godmother in Northampton Royal and Derngate’s Cinderella alongside Bobby Davro as Buttons.

Jonathan Kiley, executive producer of Cinderella, said, “We’re delighted that we’ve been able to secure Denise for this lavish production of the most popular panto of them all.”

Royal and Derngate chief executive Martin Sutherland added, “This will be a real festive treat for families and groups. Tickets are already selling fast, so we recommend people book early to get their preferred dates.”