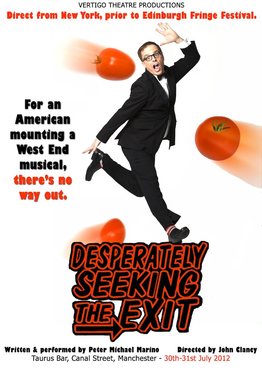 Award-nominated Vertigo Theatre Productions are bringing a new show and its star from New York to Manchester for its UK premiere in July, prior to a four-week run at the Edinburgh Fringe Festival.

The musical, featuring the music of Blondie, opened on London's West End... and closed a month later.

This 60-minute true tale not only traces the evolution of the high-profile musical from conception to closing.