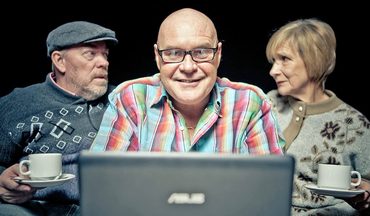 Written in 1997, the play stops off at the New Vic, Newcastle-under-Lyme midway through a national tour.
Weekend Breaks features Martin Dawson, a working-class lad made good. But things turn rather chilly when his wife finds out he's been having an affair.

Says Godber, writer of comedies such as Bouncers, Up ‘n' Under and Teechers, "Martin turns his life into comedy which is what many of the new wave of stand-up comedians are doing today."