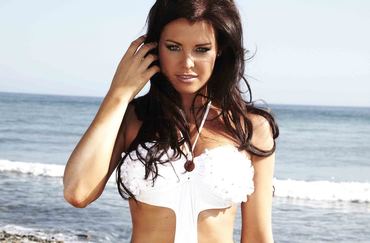 TOWIE star Jessica Wright, Essex Girls 2 Shoes and Liverpool's own Liz McClarnon will also perform on Liverpool Pride Festival's Waterfront Stage on August 4. The acts join Marcus Collins on the bill in addition to a river pageant and other acts on the UK's biggest free LGBT Pride festival outside London.

Liz said: "I'm so excited to be performing. The festival is doing a lot to raise awareness of homophobia and break down any barriers that may exist in our city, It's such a worthwhile event. I always love coming home to sing in front of a home crowd and I'm sure that this time will be extra special—bring it on!"

Jessica Wright shot to fame as part of ITV's BAFTA winning series The Only Way is Essex while X-Factor duo 2 Shoes will also take to the stage to perform on the day.