News from the North East

Due to heavy demand the Customs House in South Shields has added an extra audition workshop for its community production of The Mysteries. The additional workshop will be on Sunday 25th March at 2pm and anyone wishing to attend should contact the director Peter Lathan by email at [email protected]. 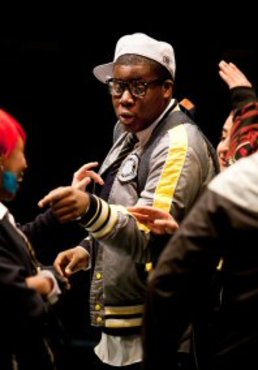 What's on this week

The Susan Boyle musical I Dreamed a Dream opens at the Theatre Royal, Newcastle, on Friday and runs until 31st March.

The Royal Exchange Theatre, Manchester and Lyric Hammersmith Production of Vivienne Franzmann's Mogadishu comes to Northern Stage from Tuesday to Saturday in Stage 1, while in Stage 2 Zendeh's new production Found runs from Wednesday to Saturday.

At Live Theatre Open Clasp's Swags and Tails runs from Thursday to Saturday.

Theatre Hullabaloo's Angel comes to Arts Centre Washington on Thursday at 10.30am and 1.30pm.

Moon In The Sky Theatre presents a new play, Tipp The Taxi Driver, at the Customs House in South Shields from Tuesday to Saturday. 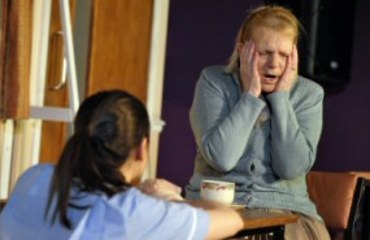 At The Maltings, Berwick, on Friday Northern Bites presents The Starship Now Arriving At..., the debut play by Stocksfield crime novelist and former Chief Superintendent of Northumbria Police Graham Pears.

On Tuesday at 6.30 Opera North presents Cautionary Tales! (aimed at 5 to 10 year olds) at the Queen's Hall, Hexham, followed on Thursday by the European Arts Company with a double bill of Pinter plays, The Dumb Waiter & The Lover.

The Agatha Christie Theatre Company brings Murder on the Nile to Darlington Civic Theatre from Monday to Saturday.