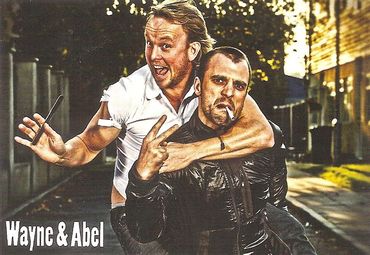 Wayne and Able, a dark comedy sketch show full of clever one liners has been added to Greater Manchester Fringe Festival. It will be at the Lass O'Gowrie, 36 Charles Street, Manchester, on Friday at 6pm.

If they look familiar that's because Wayne and Able are TV actors Ciaran Griffiths (Shameless) and Chris Simmons (The Bill).

Bolton Octagon prize-winning drama The Towers of Babel, is to be performed as part of Manchester's annual 24:7 Theatre Festival (July 20-27), now in its 9th year.

Written by Nick Yardley, and directed by the Octagon's artistic director David Thacker, it focuses on the relationship between a father and son following the September 11 attacks. 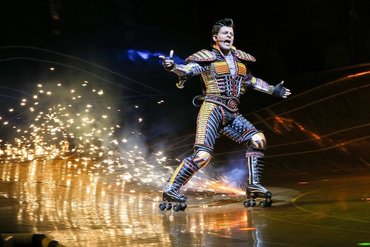 Liverpool Empire Theatre welcomes the national tour of Starlight Express on Tuesday for two weeks only. It remains one of the most extravagant musical experiences ever staged, with the original run on London's West End lasting a staggering 7000 performances.

Word of Warning, Manchester's newest pop-up programme of performance concludes its Spring / Summer season on Saturday with the fourth Hazard micro-festival of performance and intervention in Manchester City Centre.

For one day only, expect bizarre outbreaks of behaviour starting in St Ann's Square and radiating out into the surrounding streets and squares.

The Dukes Theatre's Lancashire Witches drama Sabbat returns to Lancaster for its final performances from Tuesday to Saturday after playing to thousands on a national tour.

Overcome any Wimbledon or Euro 2012 disappointment, and join in with Playing the Moldovans at Tennis at The Dukes in Lancaster next Friday afternoon.

This film, telling the true story of the latest challenge undertaken by best-selling writer Tony Hawks, will be screened followed by a question and answer session with the man himself.

Not one, but two summer parties are heading to Lancaster's Grand Theatre next weekend.

First up is the Grand Rock Out Summer Party next Friday night. The following night there's chance to get up close and personal with a host of top acts in an event staged by Rock FM in aid of Cash for Kids.

Take That tribute show Back For Good, is back for one night at least at Manchester Palace Theatre on Thursday.

This time too they're reunited with ‘Robbie', a finalist in BBC's The One & Only show. 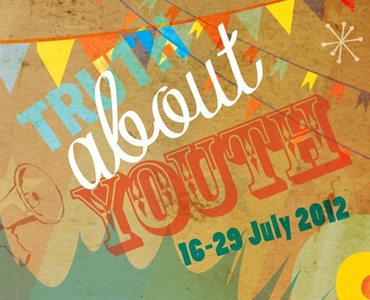 The ground-breaking Truth About Youth project explodes into life at the Royal Exchange Theatre in Manchester when TaY: The Festival sees local teenagers take over the theatre for a fortnight.

Running from Monday to July 29, a packed programme of events will feature theatre, music, art, cooking, comedy, film, workshops, dance and great debate—all made by and with young people from across Greater Manchester.

Michael Lunts brings his one-man show By George! to Theatre by the Lake's Studio space.

The actor, singer and pianist will be performing his show over three days from Monday to Wednesday, with a 2pm matinée Wednesday.