Opera at the Dukes 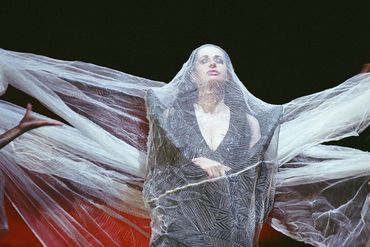 The season is a mix of recorded operas and satellite broadcasts.

A recorded version of Le Cenerentola on June 29, directed by Peter Hall, retells the story of Cinderella with an irrepressible score from Rossini.

A revival of Jonathan Kent's award-winning 2009 production, The Fairy Queen is a magical brew featuring dazzling singing and dancing, flamboyant cross-dressing and a flying horse. This recorded opera is screened on July 22.

The season finale on August 19 is a live double bill of Ravel's only two one-act operas. L'enfant et les Sortileges has a child's-eye view of a sometimes threatening world while L'heure Espagnole is a thoroughly adult confection.