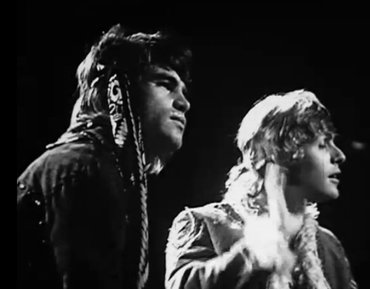 Two stars of the original 1968 West End cast of the musical Hair, Oliver Tobias (the original Berger) and Paul Nicholas (Claude), will appear in the special fundraiser performance for Help For Heroes on 1 July.

As we reported earler this month, the performance at the Piccadilly Theatre will feature the cast that has just toured Europe with a production directed by Gary Lloyd, including Zoe Birkett as Dionne, George Maguire as Berger and Amy Diamond as Sheila. More special guests are expected to be announced.

As well as Tobias and Nicholas, the original cast included Sonja Kristina, Melba Moore, Elaine Paige, Paul Korda, Marsha Hunt, Floella Benjamin, Alex Harvey, Richard O'Brien and Tim Curry. The Shaftesbury opening was delayed until the Theatre Act 1968 came into force abolishing theatre censorship in the UK, and was forced to close in 1973 when the theatre's roof collapsed, just three short of 2,000 performances.