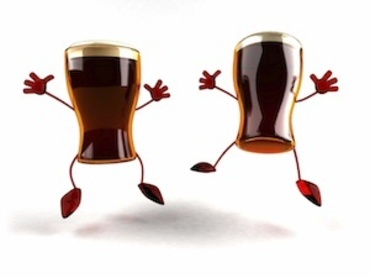 Now in its fifth year, Pint-Sized Plays is again inviting submissions for its annual competition.

How much drama or comedy can be packed into a five or ten minute play? Pint-sized Plays is invites imaginative and original plays which can be funny, poignant or dramatic. If it can be performed in a pub, with two or three characters, it could be one of the six winners (or four runners up) of Pint-sized Plays 2012!

The closing date is May 31st 2012 and the organisers are now able to accept all scripts as uploaded files with payment by PayPal.

The winning plays will be announced by early August and will be performed in pubs throughout Pembrokeshire, starting 24th and 25th September during Tenby Festival week. All ten plays will then be performed at the Script Slam in 4U, Fishguard on 6th October, where the audience vote for their favourite script - and the winner walks away with the coveted 'Pint-Pot' award - with a 'Half-Pint' award for the runner up!

In addtion, selected plays will be recorded and broadcast as radio plays on an internet radio station: audiobookradio.net. To find out more, go to www.pintsizedplays.org.uk/