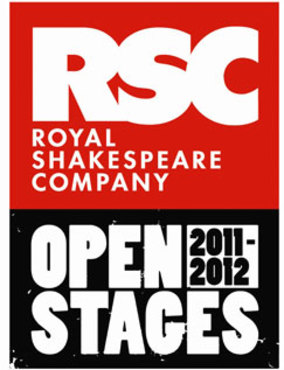 The Royal Shakespeare Company has announced the names of the first eight amateur companies who will perform in the Open Stages event in Stratford-upon-Avon as part of the World Shakespeare Festival.

Each amateur company, selected from the 263 who applied, is partnered with a regional theatre:

Sherman Cymru in Cardiff, The Sage Gateshead and Hall for Cornwall have yet to announce their partnered amateur companies. There will be another competition winner entrant like the Welsh one in association with the All England Theatre Festival, the winner to be announced later this month.

A cast of amateur performers will also be working with the RSC's professional teams on a new production of Pericles.

RSC Open Stages producer Ian Wainwright said, "We’re delighted with the selection of exciting amateur companies and productions we have programmed from our Open Stages regional partner theatres. Both weekends will showcase fantastically diverse, original productions, giving audiences an idea of the variety of amateur groups in the UK and the breadth of their work. Above all, these events are a great celebration of the talent, commitment and passion of amateur theatre-makers across the country."

Performances in Stratford will be on the weekends of 13 to 15 July and 21 to 22 July. Tickets are on sale now.