RSC conjures up another storm in Stratford 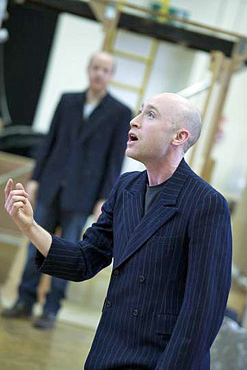 Shakespeare's shipwreck play The Tempest, the second of the trilogy in a season known as What Country Friends Is This?, opens at the Royal Shakespeare Theatre in Stratford this week.

Directed by David Farr, The Tempest joins The Comedy of Errors which is also in preview until next month.

The Tempest runs from Friday (30 March) until 19 May, with press performance on Tuesday, 1 May. After transferring to the Roundhouse in London it will return to Stratford from 13 July until 7 October.