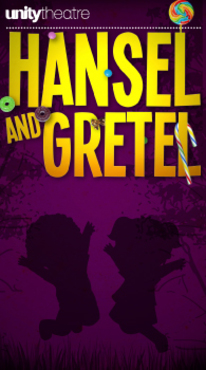 Unity Theatre has announced its 2012/13 Christmas show will be Hansel and Gretel.

Following the success of 2011's The Voyages Of Sinbad The Sailor, playwright Jeff Young will return, writing a new, original and comic take on this classic tale where the audience should "expect surprises, great storytelling and lots of colour and vitality!"

He will be joined by composer and performer Patrick Dineen who, as well as composing the music for Sinbad, has worked with such influential writers, directors and producers as Jimmy McGovern, Paul Abbot, Russell T Davies and Cameron Mackintosh.

Directing the show will be former Artistic Director of Rejects Revenge, Ann Farrar, who is currently Creative Producer with Hope Street Limited. She said: "The show will have loads of comedy, we will taking some things a bit lighter to really find the fun and humour in the show!"