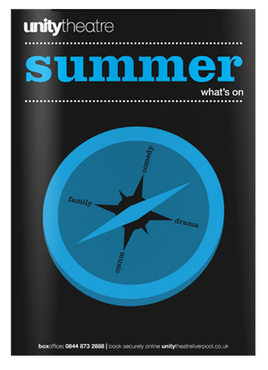 Unity Theatre in Liverpool has a new season brochure out covering April to July.

Things to look out for include: