At the helm of two major theatre organisations 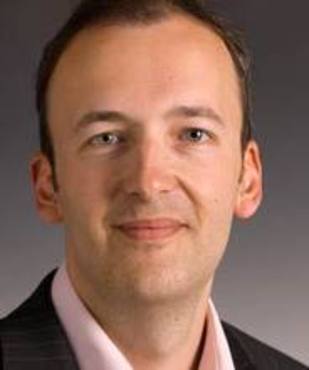 Julian Bird is a man characterised by boundless energy and enthusiasm. This is necessary since, frequently, his working day stretches from around nine in the morning until midnight or later.

Since he is doing a job that he loves, the young chief executive of both The Society of London Theatre and the Theatrical Management Association takes the requirement for this kind of commitment in his stride. It helps that the late nights are generally spent indulging his passion in theatre or attending after show parties.

Taking over the reins at two of the highest profile organisations in theatre represents the culmination of a significant career change.

Bird started his career in banking and then spent seven years with the banking and finance watchdog, the FSA. This must have been exciting and stressful since it covered a period during which the erratic performance of the banking industry in particular exercised that organisation to the full.

There were no qualms about leaving the lucrative world of high finance for the arts. "I'm very lucky. I get to go to the theatre a lot and see the whole range of amazing productions, both in London and regionally". As he enthuses, "theatre is my overwhelming passion" making this a dream job.

He also explains that "a chance to marry your business side with your personal side just seemed too good an opportunity".

"People must think I lead a glamorous life. This organisation is kind of extraordinary. Both SOLT in London and the TMA in the regions represent theatre owners and producers".

The man on the street, even a theatre lover, probably does not have that clear and understanding of what these two organisations actually do.

Using SOLT as a reference point, Bird explains that "We are a members' organisation. We do the biggest range of things you can imagine in one organisation—from legal consultation and work with Europe, collective bargaining with the unions (Equity and BECTU) and we do a lot of political work. Where SOLT's model has evolved is that we run the 'central services' on half of London theatre.

"We run TKTS, the official discount ticket booths, the National Theatre Tokens Scheme, all the cross-cutting promotion—Get into London Theatre, the Big Kids Weeks and the major events that bookend the year, West End Live which we co-produce with Westminster City Council in Trafalgar Square and of course the Olivier Awards".

In addition they also do a lot of marketing, primarily through the Official London Theatre, the main web site for London Theatre in the UK.

This is a significant organisation that, potentially, has the ability to make or break the West End during a period when profitability as a knife edge. As such, Bird runs a varied ship.

"I'm incredibly lucky to have a team here that includes everything from accountants to lawyers to events people to a whole digital team, a marketing team and a press office". The staff at headquarters in Covent Garden comprises 45 people but many more work off-site either on individual events such as the Oliviers or on a regular basis, for example in the TKTS booths.

No background in the arts