What makes a good rep season? 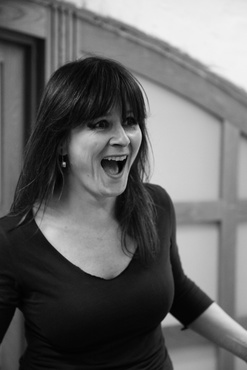 What makes a good rep season? The pairing of quite similar plays, or the coming together of utterly different pieces of work? These are the questions I’m asking, as I work on co-producing two new plays, being presented in rep by new writing company Sheer Drop Theatre at the Tristan Bates Theatre from this week onwards.

The two plays are a bit of a double whammy of excellence, if I’m allowed to say so. A Lady of Substance by Jon Cooper is a dark, lyrical drama about two women of different generations and different social classes who find each other, entirely by accident, and whirl together into a drug-fuelled frenzy of creativity. It’s about hip hop and classical poetry and the shared ground between them; and on another level it’s about grief, and trying to find something inside yourself that helps you keep going.

Charlotte Coates’s The Death of Norman Tortilla, meanwhile, is a scorching black comedy about the last hours of a bitter old man who after a lifetime of rejection is finally determined to make the world listen. But as he sets about trying to eulogise himself, his home’s invaded by a manic young saleswoman who really is the living end.

Quite different then, these two pieces, you’d think. But the more I think about it, the more I see the themes they share. Both are set in the living room of their main character (handy from a set design point of view), and both are about an older character who’s reached a point of desperation in their lives—who feels adrift and at odds with the world outside. And both these people have their homes invaded—or at least, entered unexpectedly—by a younger woman who’s seemingly from a lower social class but who is more complicated than she first appears.

I wondered how the writers came up with the things-are-not-quite-what-they-seem quality that both plays share; and generally how their characters, in all their morally complex, three-dimensional reality, came to be. I ask Coates first. Her characters are the aforementioned old man of the title, a young, harmless-seeming Polish care worker, and an abrasive teenage salesgirl. Coates lists her influences: girl gangs; LGBT history in London, and how Londoners are shaped by having “lots of discreet little cultures bump into each other” in one city; and for Jarek, the Polish character, something as simple as a picture that inspired a story in her mind. Despite what Jarek does at the end of the play (let’s just say it’s not nice), Coates insists that “he was never set up to be an intentional foil for Norman”—he was never merely a plot function, he is as complicated and real as the other characters in the world of the play, and she sympathises with all the characters equally.

Cooper agrees that “you can never decide what the function of a character will be”—in a good play, the characters will always take on lives of their own and, to some extent, make their own decisions about what happens in each scene. “You can’t”, he adds, “get away with surface-only characters if you’re trying to write a meaningful drama.” Coates certainly feels that her characters are now all quite fully rounded—helped by the rehearsal process with Sheer Drop, which has spurred her to examine her characters’ psyches deeply, to make sure their every word and action feels authentic and is something that the actors can agree that their character would do.

So both plays, I would say, are united in being deeply character-driven—committed to offering us autonomous characters whose lives are messy and actions even messier. The whole point is that it should be complicated for the audience to decide who is in the right and who isn’t; or even, whether we can apply such moral judgements to these people.