Dandy Dick heads for the city 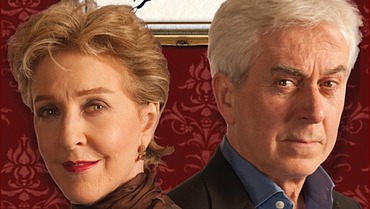 A new production of a 19th Century "rarely seen treasure'—Dandy Dick—is heading to the Opera House Manchester this summer, starring Patricia Hodge and Nicholas Le Provost. Starring Patricia Hodge and Nicholas Le Prevost, Dandy Dick will be directed by Christopher Luscombe and kicks off the first of many planned classic plays to tour the country's playhouses nationwide before the West End.

Written in Brighton in 1887, it tells of the Very Reverend Augustin Jedd, a pillar of Victorian respectability until a visit from his tearaway sister, Georgiana, leads him to risk all at the races. Naturally mayhem ensues, with romantic intrigue, mistaken identity and a runaway horse.

Nicholas Le Prevost, whose stage career includes many productions at the National Theatre, including My Fair Lady, for which he was nominated for an Olivier Award, and, most recently, The Misanthrope with Keira Knightley in the West End, will star as the Dean.

This classic comedy saw its last major production in 1987 in a national tour starring Sir Anthony Quayle and Margaret Courtenay, and the play last appeared in the West End in 1973 starring Alastair Sim and Patricia Routledge.

After opening at the Theatre Royal Brighton, the production will go on a UK tour, visiting Richmond, Aylesbury, Bromley, Woking, Glasgow, York, Birmingham, and end in Manchester, prior to London.

In Manchester it runs from August 27-31.