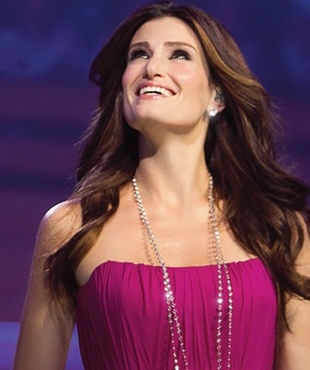 A year after a triumphant concert at London's Royal Albert Hall, Tony Award-winning star of Wicked and TV's Glee, Idina Menzel, returns to the UK for her first ever concert in Manchester, at the Palace Theatre, on Wednesday October 17.

She's best known for originating the role of Elphaba in Wicked on Broadway, for which she received a Tony Award for Best Actress in a Musical and a Drama Desk Award nomination. She subsequently reprised the role in the original West End cast.

Idina is also known for her television work, particularly her recurring guest starring role on Glee in which she played Rachel Berry's mum and the coach of rival Glee club Vocal Adrenaline.

The tour also includes dates at the Apollo Theatre in London from 8 to 14 October and Usher Hall, Edinburgh on 16 October.