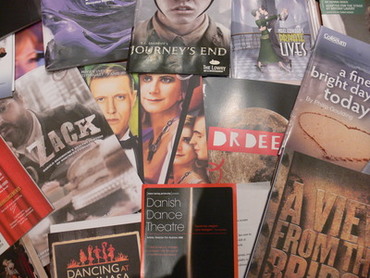 The winners of the first Manchester Theatre Awards, which took over from the Manchester Evening News Theatre Awards when the newspaper withdrew support for them last summer, were announced this morning.

The Lowry was the venue that topped the awards chart with 6 awards going to productions that it hosted, but of the producing theatres in the region, the Octagon had 4 awards including best production for The Price and the Royal Exchange equalled it with the addition of the special award for founding artistic director Braham Murray who steps down from the post later this year.

Best Production: The Price, directed by David Thacker for the Octagon Theatre, Bolton

Best Actor: Con O’Neill, in A View From The Bridge at the Royal Exchange

Best Actor in a Supporting Role: Kenneth Alan Taylor, in The Price at the Octagon Theatre, Bolton

Best Actress in a Supporting Role: Shannon Tarbet, in Mogadishu at the Royal Exchange

Best Studio Performance: Matthew Ganley, in God Wept And The Devil Laughed at The Lowry Studio

Best of the Fringe: Sherica, from Balloon Head and Shred Productions at the 24:7 Festival

Best Musical: Ghost The Musical, at the Opera House

Best Visiting Production: One Man, Two Guv’nors, from the National Theatre at The Lowry

Best Actor in a Visiting Production: Rory Kinnear, in Hamlet, from the National Theatre at The Lowry

Best Actress in a Visiting Production: Sharon D Clarke, in Ghost The Musical at the Opera House

Best Special Entertainment: The Life And Death Of Marina Abramovic, for Manchester International Festival at The Lowry

Opera: The Portrait, from Opera North at The Lowry

Dance: Cinderella, from Birmingham Royal Ballet at The Lowry

For more information on the awards, see manchestertheatreawards.com.