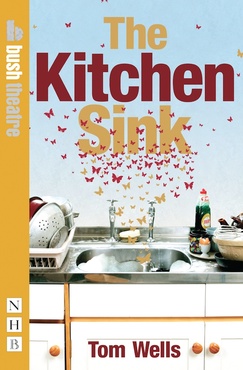 Tom Wells was today named as the winner of the £10,000 2012 George Devine Award for Most Promising Playwright for his play The Kitchen Sink.

The play originally opened at The Bush in London, where it won the Critics' Circle Award for Most Promising Playwright. Charles Spencer of the Daily Telegraph called it, "one of the best new plays I have seen anywhere this year", and BTG's own Philip Fisher said, "Wells... manages to lighten the atmosphere with some tremendous one-liners, which is where his greatest talent seems to lie."

The award was set up in 1966 in memory of the Royal Court Theatre's founding artistic director George Devine, and is open to any playwright in the UK for an original stage play, whether it has been produced or not.

The script of The Kitchn Sink is published by Nick Hern.