Liverpool could make a killing 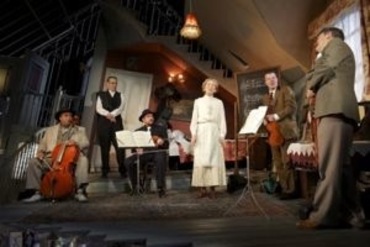 Liverpool Everyman and Playhouse's co-production of The Ladykillers has been nominated for five Olivier Awards, including Best New Play, Best Director for Sean Foley and Best Actress for Marcia Warren, leading the field along with the National Theatre's One Man, Two Guv'nors.

The play by Graham Linehan (Father Ted, IT Crowd), adapted from William Rose's original 1955 Ealing Comedy, opened at the Liverpool Playhouse in November with a sell out run ahead of its West End debut at the Gielgud Theatre where it is currently running until April 14—the day before the winners are announced.