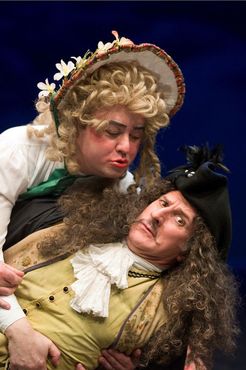 Touring theatre troupe specialising in comic operettas Opera della Luna takes its Gilbert and Sullivan-inspired show The Parson’s Pirates—the work with which the company made its name in the 1990s—to Buxton Opera House on Tuesday.

Heartbreak Productions starts its three-month outdoor tour of Shakespeare’s Much Ado About Nothing at Jephson Gardens, Leamington Spa on Tuesday and Wednesday before moving to The Town Square, Stratford on Thursday and Nottingham Castle on Friday and Saturday.

Cape Town Opera presents its production of the Gershwins’ Porgy and Bess at Birmingham Hippodrome from Wednesday until Saturday.

Andrew Motion, Poet Laureate from 1999 to 2009, introduces Silver, his sequel to Treasure Island, as well as reading from his latest book of poems at Nottingham Playhouse on Thursday.

Fans of Irish dancing and music can enjoy “the true spirit of the Emerald Isle” in Essence of Ireland at Lichfield Garrick on Thursday and Friday. 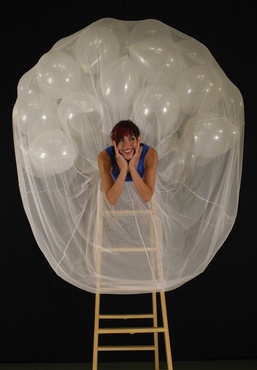 International dance theatre company from Madrid Aracaladanza plays with the theme of Nubes (Clouds) in Rehearsal Room 2 at Leicester’s Curve on Friday and at Derby Theatre next Sunday.

The “purveyors of cool” swing into Stoke’s Regent Theatre with The Rat Pack Vegas Spectacular on Saturday.

A new adaptation of Thomas Hardy’s Far From the Madding Crowd continues at the New Vic, Newcastle-under-Lyme until Saturday.

English National Ballet teams up with world dance champions Flawless in Against Time at Nottingham’s Royal Concert Hall on Saturday and Sunday.

Northampton Royal and Derngate’s new version of Euripides’ Greek tragedy The Bacchae continues at the Northampton Chronicle and Echo printing press rooms on Earl Street in the town until Saturday, 30 June while Federico Garcia Lorca’s Blood Wedding continues on the Royal stage until 30 June.